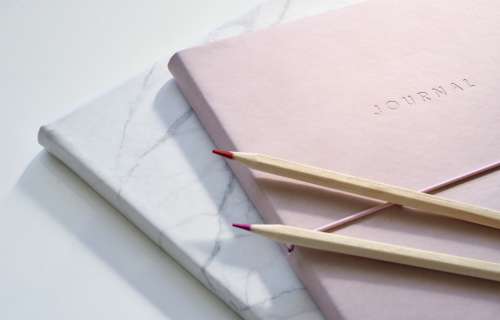 The World Trade Organization (WTO) deals with the global rules of trade between nations. Its main function is to ensure that trade flows as smoothly, predictably and freely as possible. Based on WTO, in 2017 China placed first place followed by America in second place and third place placed by Germany as the top three merchandise traders or importers. The top three traders accounted for merchandise exports totaling almost US$ 5,300 billion[1].

Due to China’s rising economic power, its trade relations with the United States are of great importance to the global economic order. This relation began since China reforming its economy and liberalizing its trade regime in the late 1970s[2]. After China joined the WTO in 2001, the China-U.S. trade relationship entered a new stage in which the U.S. objective was to monitor whether China met its WTO obligations[3]. The United States did not initiate trade litigation against China at this stage because the U.S. intended to provide China some leeway to implement its overall WTO obligations. Total U.S.-China merchandise trade was $636 billion in 2017[4]. China is the United States’ second-largest trading partner and now also the largest holder of U.S. treasury bonds and is further expected to be a prime purchaser of the new U.S. government debt issued to finance the financial rescue program[5]. Despite growing commercial ties, the bilateral economic relationship has become increasingly complex and often fraught with tension. While it has been suggested that the two countries increasing trade frictions may lead to a tit-for-tat trade war and thus damage bilateral economic ties.

The trade war between China-US has a domino effect that implicated in the global economic order. This story has begun in 2018 with the brief chronologically this way:

As a result of this trade war, America has carried out acts of discrimination that conflict with WTO regulations, namely in the Subsidy agreement and balancing measures. one of the wrong actions taken by the US is the government’s decision to discriminating is carried out in the form of imposition of tariffs on product offerings that are part of the 2025 China-Made program. The program itself is a strategic plan for China to become a key leader in global industries including the technology sector. The US also began to blacklist one of the most prominent companies in China, Huawei Technologies. This treatment of discrimination is contrary to the Principles regulated by the WTO in article I GATT 1994 which contain the same Treatment for all members (Most Favored Nations Treatment (MFN) and also contained in the article GATT III III which requires that the state is not permitted to treat discriminately between imported products and domestic products (the same product) for doing protection[6].

The Compliance Theory is an almost impeccable theory to be used for this topic. Several points established the compliance of a state or some states to certain treaties or laws an even the international organization they follow such as reasons states would negotiate for the agreement, implementations of the agreement, also reasons of why some of them might be complied by some and others are simply ignored. There is also the point of how institutions play a role in the compliance act (internationally or domestically).[7]

One of the reasons the author picked this is because of the resemblance of the title itself. If we’re going to discuss the reason why US non-complied or non-comply to one of WTO’s ‘sacred’ treaty, certainly we have to analyze the actor of this issue, the form of action, as well as the reason itself. That is why the compliance theory was chosen to bring out those questions. Tons of other points that can be discussed from the previous paragraph, but the main ones are fairly enough and could elaborate some that were not selected to the discussion.

First, let us see through the reason states wish to negotiate the treaty before the agreement happens. It can be simply put to two possibilities; to fill in their national interest or to gain states trust by affirming the agreement for the better sake of other states. What are the odds of seeking through better agreements for your own sake or to look like you’re giving sympathy but you’re actually doing it for your own, or, maybe not? Nonetheless, negotiations are important to sell off the more effective treaty.

If negotiations are done, then why are some of the states comply but some of them don’t? This implied to the second point which is changed that occurred during times in the application Changes, of course, would make a domino effect to one change and another. Changes such as domestic role institutions, the reputation of the state from time to time, coercion happening in the state itself, and also the change of leader.[8] But do take note that not all of the points stated above happened all at once to change a compliance act, it can be only one of them to occur.

Last but not least, actors. We’ve been listing down some of the facts why states comply or not comply as well as the changes occur for those (non-compliance) to happen, but we haven’t broken down the man behind the scene for all that to happen. And of course, in every international relations theory, states would be one of them. But, it’s not just the state that’ll play the role in the issue, states are also accompanied by non-state actors such as individuals, parties, as well as MNCs and TNCs if we’re implying to economical issue such as WTO (inferring to the case).

The shift of political surface to Democratic emerged the economic interdependence among states or well-known as globalization. Furthermore, this is later be supported and ‘protected’ by the economic institutions like General Agreement on Tariffs and Trade (GATT), as well as its successor World Trade Organization (WTO)[9]. Those institutions are responsible for global trade among states, by settle agreements as its principles. One of the principles of WTO is regulating the prevention of discrimination in trade.

Since the emergence of the trade war between the United States (U.S.) and China, those states’ bilateral relations—especially in economic aspect—are getting full of tension. Starting from the U.S. government regulate the adjustment of the tariffs and they began to blacklisting China products—Huawei and ZTE. The U.S. regulations are indicating the violation of GATT and WTO agreements. Technically, China is not the only one who will be affected by U.S. regulations, to be more extended U.S. will also be affected by their regulations. The blacklisting of Huawei products by the U.S. government may shake the internal company, but several U.S. companies will also feel the impact of this regulation. Further explanations, by announcing the blacklisting of Huawei product, the President of the United States, Donald J. Trump, also told several companies like Google to stop having cooperation with Huawei, these regulations have affected the U.S. technology stocks to be sharply lowered.

What happens between the U.S. and China is caused by the U.S. is trying to protect their interests. Nevertheless, the surface of politics in the twentieth century has been accommodated by the left and right spectrum that is being defined by economic issues. Furthermore, in the twentieth-first century, those spectrums start to only be defined by one identity: the left is being less focus on the economic aspect and more in promotion of the interest of various groups that are being marginalized. Meanwhile, the right is starting to redefine themselves to be more patriotic in protecting traditional national identity, an identity that often connected in an explicit way to some races, religions, or ethnicities[10].

The leadership way of Donald J. Trump who had been promoting patriotic ways in economic, such as strengthening the economics of United States and providing, yet also protecting the job fields since the beginning of his presidential campaign has given us clear sight for understanding the core of the trade war between U.S. and China that is led to the non-compliant of U.S. in GATT and WTO agreements. The movement of Donald J. Trump that causes the non-compliant of the U.S. in GATT and WTO agreements is a movement to protecting U.S. interests. Since his presidential campaign that always promoting economic aspect in a patriotic way—Make America Great Again—is indicating the leadership way of Donald J. Trump has interests to strengthen the U.S.

The non-compliant of the U.S. to GATT and WTO agreements was also happen under Barack Obama regime, the tobacco dispute happened between the U.S. and Indonesia. It was also clearly indicated by protecting U.S. interest towards the high consumption of tobacco by the underage. Furthermore, Indonesia took this case to the international arbitration court and won by Indonesia.

National interests will always be one of the main reasons for non-compliant in the Realist perspective. Realist considers the world is conflictual, therefore, the state needs to gain power and protecting their hegemony because the state will always be self-help. Meanwhile, the constructivist explains this case by using a historical aspect. China and the U.S. had a long historical interaction, the U.S. and China were involved in an ideological war during the cold war. The U.S. with its liberal democratic and China with their Authoritarian Communist. This historical interaction has created the idea that the U.S. and China are rivals. Furthermore, China is trying to gain its power in the economic aspect, they are strengthening their economic to be the greatest state in Asia—even the world. Meanwhile, the U.S. tries to protect their identity as hegemony state that has power. This idea is the core problem of the trade war between the U.S. and China as explained by constructivists.

Trade war, a usual phenomenon that has been clinging on to states with great power such as the U.S and China. But this is not the case. Usually, people would talk about the consequences caused by the war or the domestic politics that happened from the main actors. Or even, the relationship between the states involved in other states. But the author would like to focus on the non-compliance done by the U.S. In the previous chapters, the author has engaged the situation by focusing on a certain international organization that supervises the case; World Trade Organization also is known as WTO. “No Discrimination towards any commodity distribution” has been their one main foundation to supervise sovereign countries.

Unfortunately, things seem to be going out of hand. During the ongoing trade war, U.S contravene the ‘holy’ trade law and made things have gone worse from time to time. Non-compliance has been used multiple times as an expression that the U.S did not lawfully execute the root of the trade law itself, although they are the main actor of the trade war itself.

By this, compliance theory was used as the international relations theory to examine why would a superpower country such as the U.S not comply with such basic trade law; the commodity distribution discrimination law. The main reason is written because there are certain changes as well as the swift of national interest by the main actor of the issue.